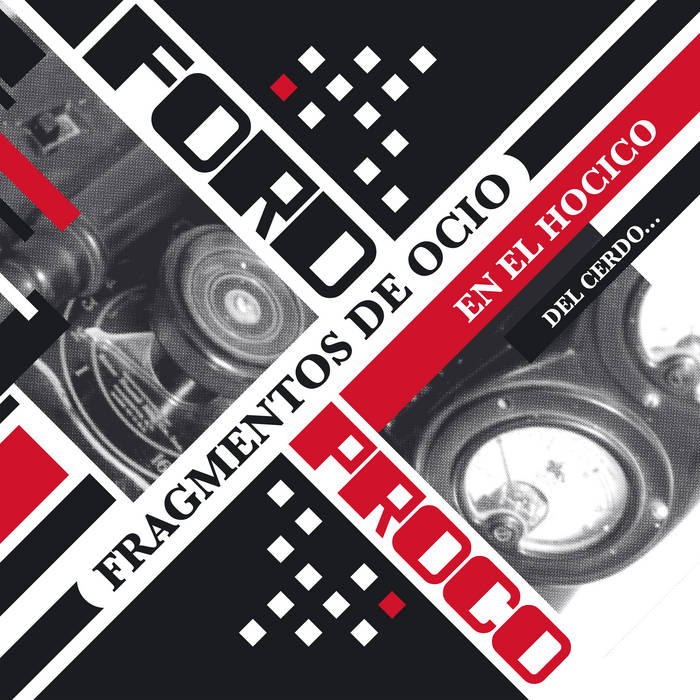 Ford Proco was formed in 1986 in Tijuana and is considered a pioneering act of advanced electronic music in Mexico. For more than three decades they have been developing a very particular vision of composition called “Autoconst", derived from different styles (minimalism, industrial, noise, etc.) and tools (tapes, synths, samplers, computers).

Robert Proco (sampler & synthesizers) and Wito Lavolt (bass, keyboards & drums) have a long career together and with other projects and collectives. Their musical journey has gone through the fields of noise, minimal, cassette culture, avant-garde movements, sci-fi literature and tech-noise. With a strong aesthetic, this duo has moved through the limits of hardcore techno, industrial music, sonic experimentalism, always mutating and embracing new influx to their collage music combining such diverse and disparate influences as Cabaret Voltaire, Coil, Joy Division or Meat Beat Manifesto. Always interested in being a spearhead, they also incorporated elements of trip hop, ambient, noise, break-beat, film music, processing everything by samplers to get their unique sound. They have worked on several collaborations including a groovy participation with Peter Christopherson and John Balance (of the mythical Coil), Servando Carballar (Aviador Dro), Nacho Canut (Fangoria) and others.

In the early years Ford Proco released a couple of self-produced cassettes highly influenced by cut-up, noise and post-industrial repetition, receiving good reviews on the local media but also in Spain. In 1993 released their first album "Fragmentos De Ocio En El Hocico Del Cerdo..." (Opción Sónica), which brought together corrosive material from the first era with some approaches to new dance music. This album pushed them to play in several cities, to be included on various compilations and reviewed in numerous fanzines. A second album "Vertigo de Lodo y Miel" was published in 2000 (re-released by Infinite Fog Productions in 2015) followed by "Diagrama Percutor" (2009) and recently the 12” "Expansión Naranja" (Mannequin, 2015) including their collaboration with Coil.

"Fragmentos De Ocio En El Hocico Del Cerdo..." is re-released on an expanded and deluxe limited edition of 350 copies with double vinyl on gatefold sleeve. All original tracks mixed and remastered from the original tapes together with some unreleased songs, alternative cuts and demos from the same sessions. There is also included a sticker and bonus CD with a selection of tracks from the first demo tapes.

All tracks composed by Lauro Saavedra and Roberto Castañeda, except tracks 13-16 with Max Llamas. Vocals on "MTH" by Pepe Mogt.
Recorded at studio Vólumen Cero by Alex Ornelas and Ford Proco.
Artwork by Maximiliano Lizárraga / invisible.